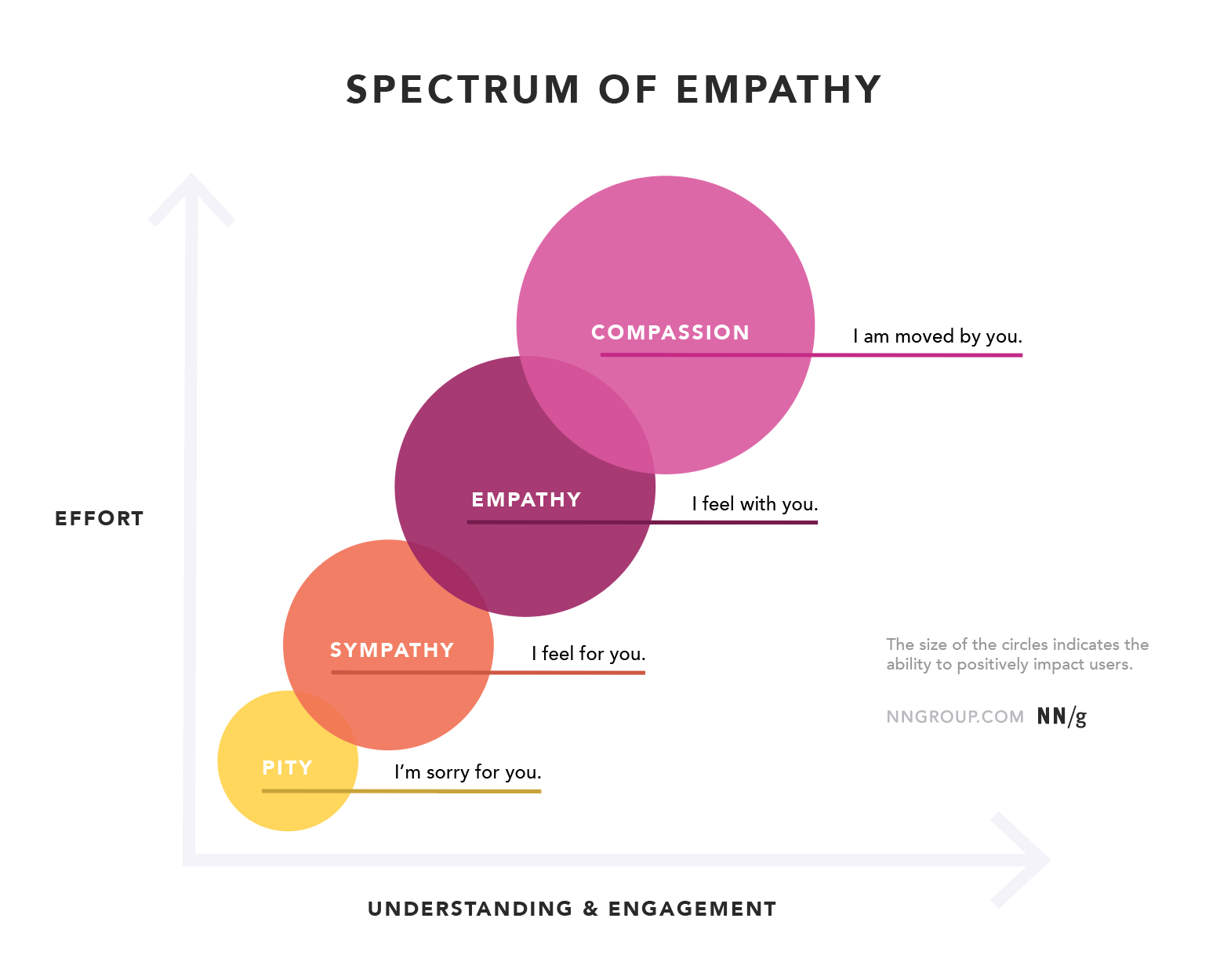 As UX professionals, it is our job to advocate on behalf of our users. To do it, we must understand them. Understanding our users means building empathy for human beings who experience the product or service we create.

In an effort to practice empathy, many teams mistakenly practice sympathy. Although these words have different meanings, teams often incorrectly use sympathy and empathy interchangeably. This confusion results in a large gap in their understanding and in an inability to address real human needs.

The goal of this article is to help you reflect on your current UX practice — are you unknowingly practicing pity and sympathy instead of empathy?

Scaling User Interfaces: An Information-Processing Approach
31.03.2019
Mobile sites bet on knowing what’s important to the mobile user and trim the content and functionality to fit the narrow mobile channel. The challenge is: how well can designers guess what the user needs will be on mobile? Is it better to have information out there, even if buried in a long page
Why Country Sites Are So Bad
31.03.2019
This third problem isn't found only with lumbering multinationals. NIH (not invented here) is a universal human feeling, even though it often degrades usability and causes inconsistent design. In our work on non-profit organizations' websites, we often see that local (city or state) groups have
No More Pogo Sticking: Protect Users from Wasted Clicks
01.04.2019
The exact same click behavior can be indicative of a positive user experience instead of pogo sticking if users repeatedly follow links from a routing page because they find all the destinations interesting. Consider, for example, a newspaper homepage with many news stories. If a user clicks, say
Leave a Reply Cancel reply