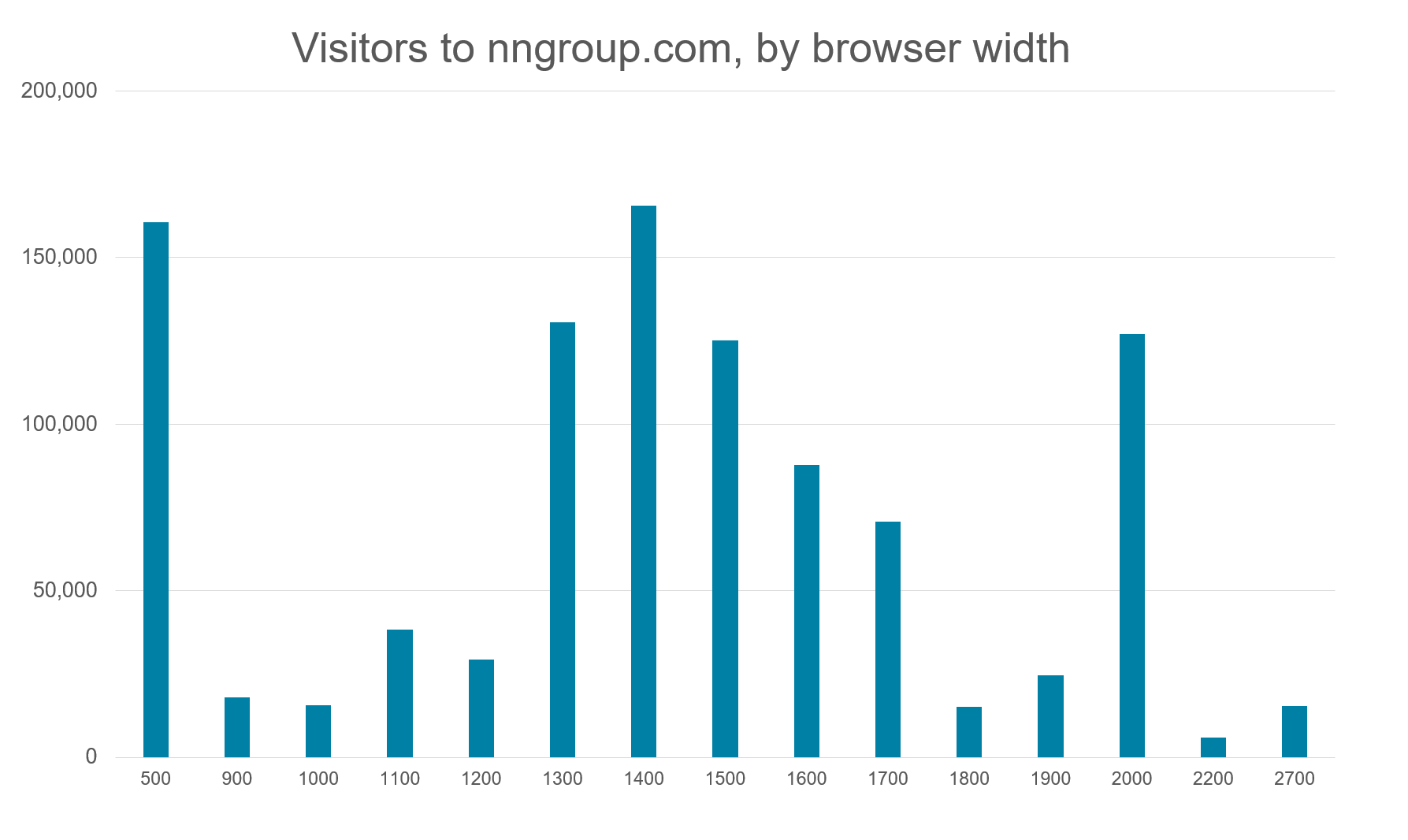 We recently updated our website homepage, and, in addition to changing the content and visual design, we’ve incorporated two major technical changes: adding a new layout for users with wide screens, and using a variable font. These changes are progressive enhancements, because they only affect users with particular types of devices.

Since these changes are also complex to implement, we decided to adopt them only after reviewing our website traffic to determine how many of our visitors would benefit and if the changes were worth our business resources.

In 2006, we recommended designing layouts for viewports 1024-pixel wide. But with today’s higher-resolution screens, that approach can leave many...

Login Walls Stop Users in Their Tracks
30.03.2019
That may be true for many users in many circumstances; however it’s not always true. Every now and then, users will shop at sites where they are unlikely to go back. (This is one of the 5 main classes of e-commerce user behavior.) They would rather finish their task as soon as they can and be
The User Experience of Customer-Service Chat: 20 Guidelines
31.03.2019
Sometimes providing a specific answer might involve getting more data from the customer. On Dell.com, a user asked a question about monitors that would work with her laptop. The agent proceeded in searching for a monitor for her, but he did not ask her what type of laptop she had. The user wondered
Overuse of Overlays: How to Avoid Misusing Lightboxes
01.04.2019
Overlays are also commonly used to confirm user actions or to help users make simple selections. This is problematic because we’ve been trained by the many pop-ups and unimportant overlays we encounter on other websites to dismiss a modal window as soon as it appears. When we actually run into
Leave a Reply Cancel reply